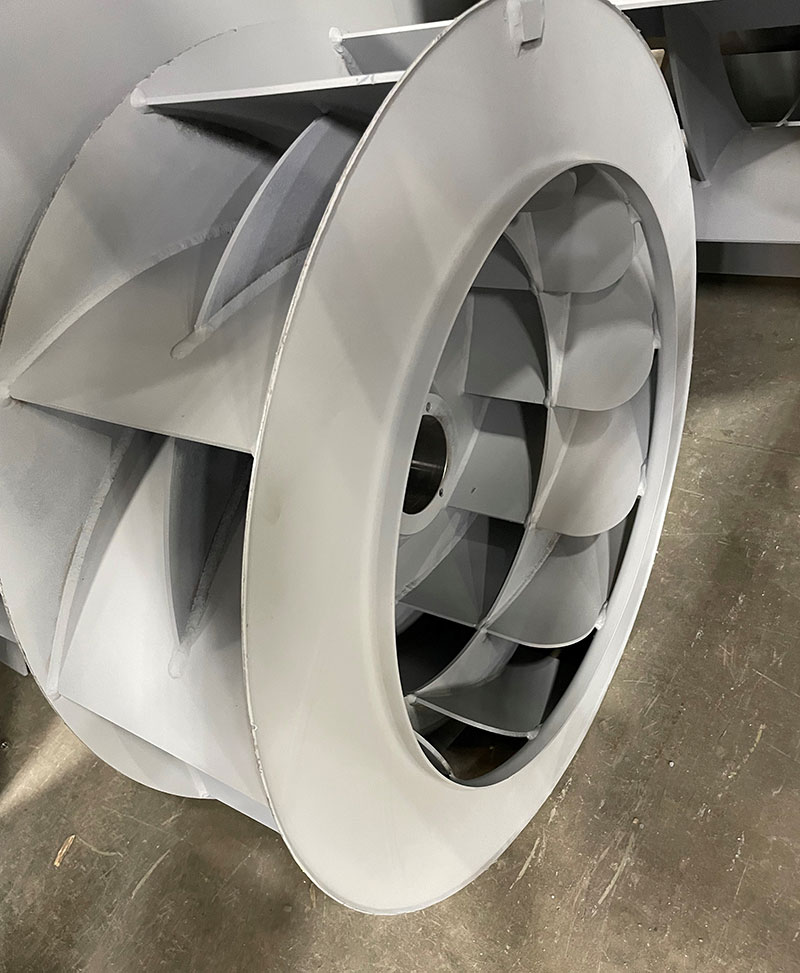 A mere two (2) days after receipt of an emergency rush order, we shipped fan replacement parts including a fan wheel and shaft, bearings, belts, sheaves and bushings, and an inlet cone. This isn’t our average case study, and it was not our average order, but unfortunately, the challenge of fan failure due to poor bearing maintenance is not uncommon.

This rush order was necessary for a manufacturing plant that suffered a catastrophic failure after the original bearings overheated because they were not properly greased. The bearing failure damaged the fan’s core parts and shut down the entire plant’s production line. In such a situation, the line stays down until the operator gets fan replacement parts installed.

The standard lead time for fan replacement parts is 6 weeks, but staying offline that long was not an option for this manufacturer. We kicked into high gear and made it happen in just two days. The customer was able to install the parts over the weekend and start producing again. This was a proud moment for us and a major success for our customer, especially given continuing supply chain challenges. It was too good not to share!